At the closing ceremony of the 2016 CES, Consumer Technology Association President Gary Shapiro said, “At the 2016 CES, people can see that technology is no longer restricted to single products and service, that technology is improving the world and will bring hope to our future. It is amazing that people from traditional and non-traditional technology industries conducted brainstorms, sought cooperation and strived to jointly solve global issues at the 2016 CES.” Whether you acknowledge it or not, the current world is already the world of high-tech consumer electronics. The globally unique journal Consumer Electronics has a responsibility and mission to report relevant opinions and thoughts. As for the Chinese audience and practitioners from the media and industry, following the 2016 CES, we think that Chinese enterprises should pay more attention to the following fields:

Although we have worked in the automobile industry for many years, we have not yet grasped certain core engine technologies. The electric intelligent automobile provides us with an overtaking opportunity at a bend. In terms of the electric intelligent automobile, China is standing at the same starting line with European and American countries. The application of such new technologies as unmanned driving in the automobile industry will bring us more opportunities to compete with European and American enterprises. The FFZERO1 electric concept vehicle launched by Faraday Future and funded by the Chinese enterprise LETV was a hot topic during the 2016 CES. It should be considered as a wind vane of future trends. 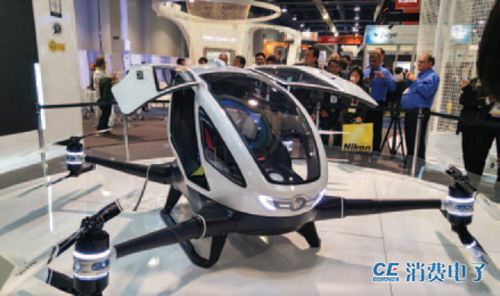 The UAV exhibition area manifested Chinese pride, but we must maintain sharp vigilance against complacency and haste. Although one-fourth of the 3,800 exhibitors in booths covering more than 220,000m2 were Chinese enterprises, only those in the UAV exhibition area attracted large amounts of foreigners, and the two most eye-catching booths of Da-Jiang Innovations (DJI) and EHANG became the focus of the audience. Thanks to the success of Shenzhen Da-Jiang Innovations (DJI), many domestic enterprises and local governments are eager to have a try. The current plight after the domestic solar energy industry was launched by SUNTECH is a good example. Objectively speaking, many overseas enterprises have worked on UAV projects earlier than Chinese enterprises, and their technology is in no way poorer than ours; for example, the UAV enterprise of the well-established French brand Parrot was a unique enterprise with an UAV parade at the 2016 CES. Moreover, the import restriction on UAV on the excuse of security should be taken into consideration.

Virtual Reality (VR) was a highlight at the 2016 CES. Chinese enterprises have been relatively backward in this field. VR and intelligent robots that can meet human demands for emotion in the future will be the new hotspot of consumption. As such, there is no good reason for our absence in this new market with its unlimited potential for entertainment and exchange.

The CES is not limited to the consumer electronics sector. Many fashion and luxury enterprises have integrated consumer electronics concepts into their own products, and this could be seen from the fashion of wearable watches and the application of electronics technology by such light luxury enterprises as Swarovski at the 2016 CES. As such, it is necessary for domestic industry insiders to participate in the CES, as they can perhaps bring new opportunities for traditional products. 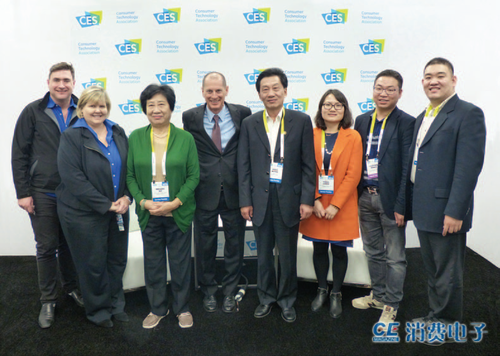