During the 2016 CES, China Electronic Chamber of Commerce President QU Weizhi led such leaders of the China Electronic Chamber of Commerce (CECC) as CECC Deputy President WANG Ning to meet Consumer Technology Association (organizer) President and CEO Gary Shapiro and the main heads of the CES. Both parties discussed the scale and influence of the CES and new trends and orientations of industrial development, and made further arrangements concerning preparations for the second CES Asia which is to be held in May. Moreover, Gary Shapiro learned more about China’s current economic status and relevant policies.

According to the introduction, this year’s CES has attracted the largest number of American government officials and CEOs from large American companies. At the 2016 CES, the organizer created a start-up enterprise exhibition area in the Sands Expo and Convention Center which attracted more than 500 enterprises.

In their conversation, China Electronic Chamber of Commerce President QU Weizhi gave his full affirmation to the CES’s industrial influence and functions, and indicated that Chinese enterprises are relatively weak in innovation. Most enterprises want to find out about new technologies and products at the CES, and seek greater innovation and development in the industry.

QU Weizhi also introduced China’s economic status to Gary Shapiro, saying, “China’s economic foundation is good, especially in the markets. Our consumer market has no trend towards shrinkage, and tends to be developed in many aspects. For example, the tourism and luxury markets of many countries require increased Chinese purchasing power. On the one hand, the Chinese government has performed the overall reform of certain previous institutional barriers in recent years. During the 13th Five-year Plan, more attention will be paid to solving this issue so as to release some new development forces through reform.” She added, “There will be significant action in reform this year. After reforming the household register system, urbanization will be advanced in the towns to drive production development. Moreover, the government has accelerated its support of technical innovation. Nationally, our technical innovation is relatively weak. To support enterprise innovation, China will unveil a batch of policies to establish special support funds.”

Gary Shapiro showed great interest in the 13th Five-year Plan, and asked questions about welfare for such sharing economy innovations as Didi Taxi during its period. QU Weizhi answered, “As to these new things, China is in truth very inclusive, and it also values its development and standardizes it in the process of development. Currently several taxi enterprises are operating normally and have not yet been prohibited in China. I am relatively afraid that these taxi enterprises currently use the subsidy mode for their development, and that once they stand firm in the market they will put up the price and transfer it to the customers. This is a problem. This case should be taken into consideration.” As she stressed further, ‘Innovative, Coordinated, Green, Open and Shared’ – these words basically determine the strategic thought of the 13th Five-year Plan.”

Both parties also discussed the preparations for CES Asia of this year. When the second CES Asia is held as scheduled this year, the number of exhibitors will be doubled and the number of pavilions will be increased to 4, with a much larger area than that of last year; moreover, there will be a start-up enterprise exhibition area. The China Electronic Chamber of Commerce (CECC) and Consumer Technology Association will make preparations for CES Asia, jointly invite more large enterprises and exhibit more innovative products. As Gary Shapiro explained, “We must distinguish CES Asia from the CES in the U.S.A. because the venues are different, and their emphasized aspects and features are also different. CES Asia is mainly oriented to Asian markets, so it will select its exhibitors accordingly, including some famous large enterprises and innovative enterprises. We don’t expect CES Asia to grow up overnight. We hope that it is an exhibition with great growth space that is growing gradually. We also know that the development of the exhibition is closely linked with that of the Chinese economy. If the Chinese economy sneezes, the U.S.A. will shake.” 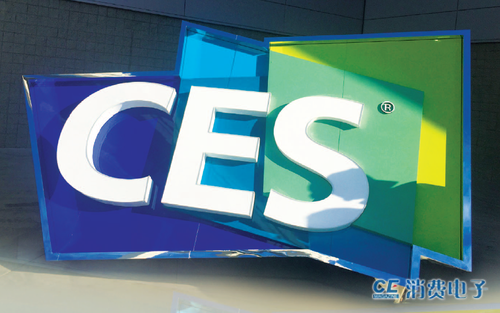 As the world’s largest consumer electronics show, the 2016 CES characteristically gathered many brand companies from around the world and hosted the launches of many new products. Such new products basically determine the trend of technology in 2016. However, in the face of the existing homogenization of hardware, the innovation of some big brands has also become weak. Such products as mobile phones, laptops and digital cameras experience this problem. However, at present, intelligent hardware is in an overall blooming period, VR and UAVs are in explosive development, and the intelligent home appliance and household industry is marching towards the Internet of Things. At the 2016 CES, we encountered fun as well as open avenues.