Start a business for 4 years from zero, accounting for 80% of the global market share – Interview with Liu Jingkang(Founder and CEO of Insta360)

With the continuous development of mobile phone camera technology, more and more digital cameras have been replaced by mobile phones. If camera manufacturers want to be based on the market, it is necessary to identify the pain points of users’ needs, provide differentiated functions and enhance the playability of products. Among them, the panoramic camera’s 360-degree panoramic viewing experience brings another new and unique visual experience to the user.

Insta360 brought its 11K film-level VR camera Titan to the CES show, and Consumer Electronics magazine interviewed Liu Jingkang, founder and CEO of Insta360. Let us now listen to how he achieved the market share from zero in four years to now 80% of the world. 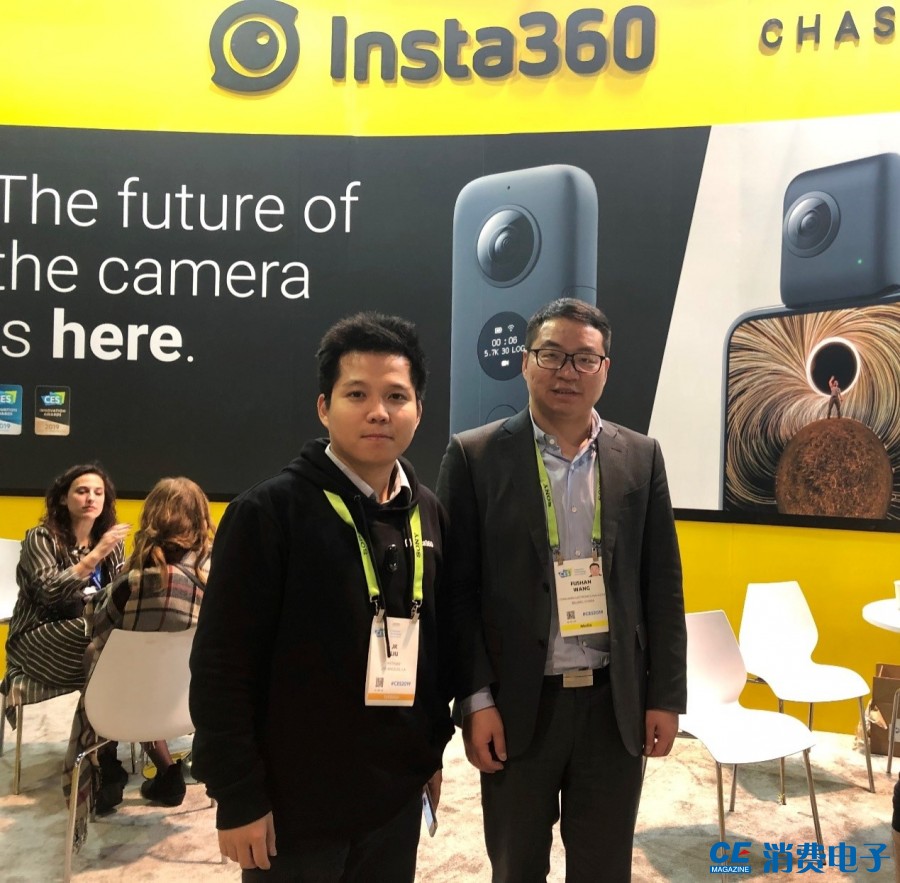 The “tech boy” who has already become popular

In fact, as early as 2012, Liu Jingkang became a “technical boy” because he broke the mobile phone number of 360 chairman Zhou Hongyi.

In the video, a series of button tones caused his attention when making a call. “At the time, I felt a little strange when I heard the sound. I felt that the button sounds might correspond to the numbers one by one.” This discovery made Liu Jingkang very excited, with In doubt, he began to study the serial number, and it took a long time to decipher the mobile number. In order to verify, he slammed the past.

An inadvertent idea made Liu Jingkang, a “tech boy”, become a network red man. Li Kaifu and Zhou Hongyi even issued an invitation directly on Weibo.

This experience is not accidental

Liu Jingkang, born in Zhongshan, Guangdong, was a technical control. “In the elementary school, when you look at other people’s websites, you will be attracted. It feels very cool. I think that if I can make such things, it must be very powerful.” In the fifth grade of elementary school, he I started to learn programming with the school computer teacher and started a computer webpage.

In high school, Liu Jingkang participated in the national computer production competition for primary and secondary school students, and won 20 points for the college entrance examination. When he reported his volunteering, he focused on software engineering and chose the software engineering major of Nanjing University.

During the university, he was filled with all kinds of whimsy thoughts, and soon he made a lot of world on campus.

Through the photos of 7,000 classmates, Liu Jingkang made the “standard face” of the various departments of Nanjing University, which set off a wave of college public face in the country, which also changed Liu Jingkang from “technical boy” to “standard brother”. .

For four years in college, Liu Jingkang spent almost all his time on the invention and creation of new gadgets with his sensitivity and love of technology, and made many small projects. It was also during this time that he and entrepreneurship began to get closer and closer. “The entire university is basically in a business-related circle.”

On the eve of graduation in February 2014, Liu Jingkang has formally established his own company. 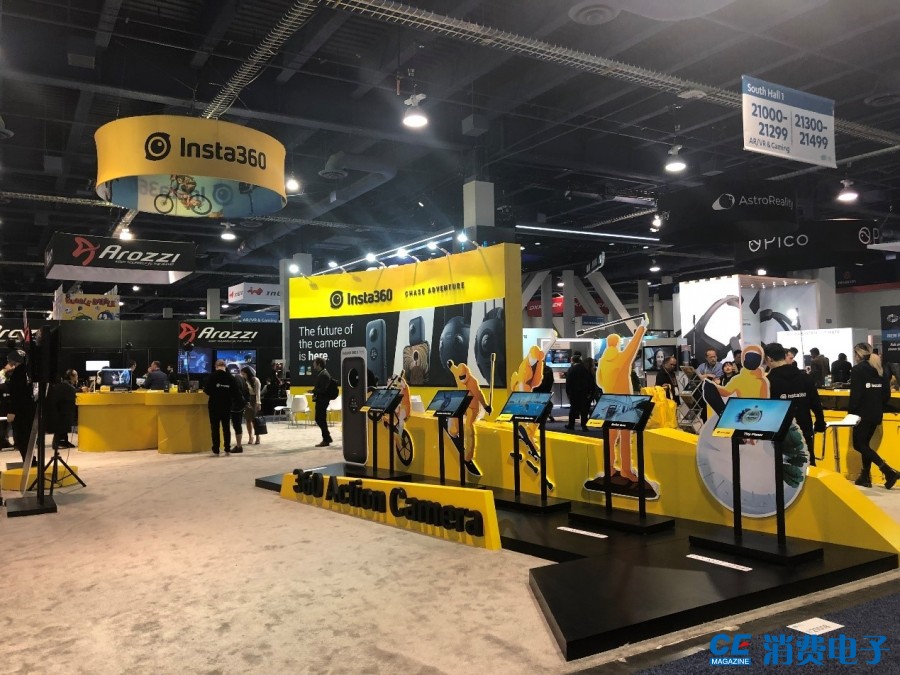 In fact, Liu Jingkang’s company, which was established in February 2014, started as a mobile phone broadcast to help people better record and share their lives.

It is very accidental to contact the panoramic image. “In the middle of 14 years, I saw a Russian company called AirPano. They are specifically flying over the city or over the scenic area, taking a 360-degree panoramic video with a helicopter. I felt very shocked at the time. I immediately studied how this kind of thing was taken. I found that the shooting was very complicated. I needed to buy a bunch of cameras and put them together. After the filming, I had to spend a lot of time to splicing the computer. Just think, if we can do a one-of-one camera that can shoot 360 photos or videos with one click, it should be very marketable.”

In this context, Liu Jingkang led his team to the road of transformation: research and development of the Insta360 brand panoramic camera. 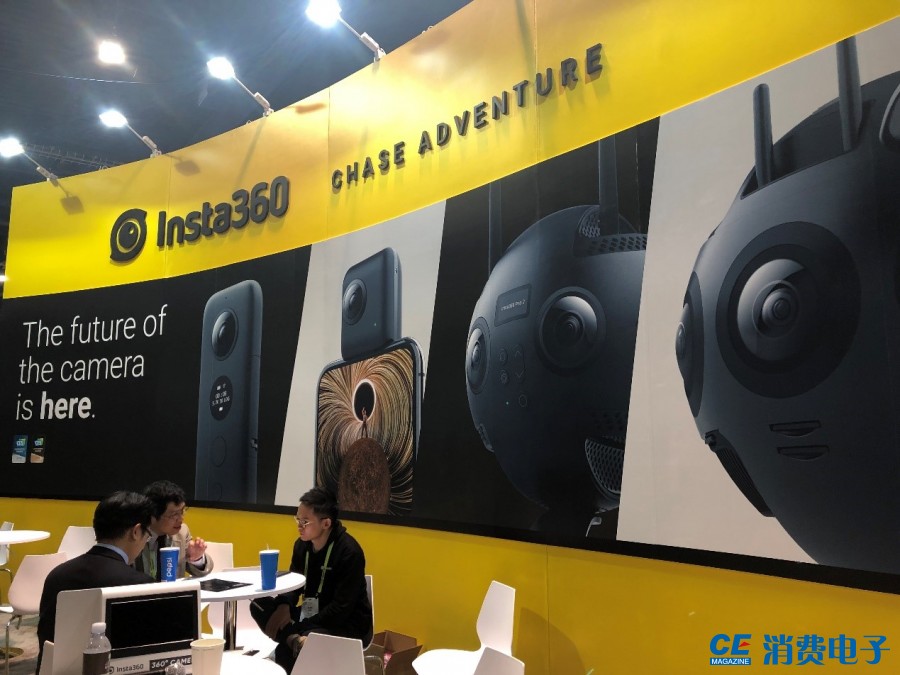 Occupy 80% of the global market share, the product that solves the user’s pain point is fundamental

From the first panoramic camera with three cameras developed in early 2015, the first enterprise-class VR panoramic camera 4K beta will be launched in December of that year, and by 2018, it will occupy 80% of the global panoramic camera professional market, short. In the short span of 4 years, Insta360 has achieved a start from scratch to the industry leader. It should be known that it took nearly a decade for Dajiang to achieve a 70% share of the UAV market in the United States, and Insta360 can account for such a high market share in the global professional level.

When asked why Insta360 has such a high market share in the professional market, Liu Jingkang looks stunned. He said: “Our products actually solve several problems: first, it integrates a lot. The functions, such as taking pictures, making videos, and doing live broadcasts, are also the highest resolution, and can be specially transmitted. With this technology, even if you run 1 km away, you can view the pictures in real time. Second, for images. It is important to say that anti-shake is important. Other cameras on the market need to be used with very heavy heads. In order to solve this problem, we have built-in gyroscopes, which can achieve very good anti-shake effect by algorithm, and there is no angle limit. Third, we developed a plug-in with Adobe that can drag our unspliced ​​movies into Premiere, automatically generate fast-spliced ​​videos, and edit them directly.”

A good product is the foundation of success

Expanding the territory and entering the fast lane

2016 is called the VR first year. The tide has hit, many VR products have taken advantage of the development, and Insta360 has become a beacher. At present, Insta360’s products mainly have two application scenarios, one is to shoot VR content, and the other is to take a panoramic view of Google Street View and real existence property.

The first and second generations of Pro from Insta360 are Google’s only certified Street View camera, which users can use to mount Street View content and upload it to Google. In the consumer market, Insta360 also has many loyal fan bases. One is to play sports, like skiing, cycling, etc. The second category is video enthusiasts and practitioners who use the camera to shoot special angles. The third category is mass users, mainly used for travel photography and recording of daily life.

Liu Jingkang told reporters that the overseas market accounts for 75% of the company’s revenue and exports are relatively large. Thanks to its powerful functions and differentiated positioning, the Insta360 brand panoramic camera series developed by Liu Jingkang team has been exported to hundreds of countries and regions in the world, such as the United States, Britain, France, Germany and Japan, and has become a global leader.

Future plans to go public, responsible for investors and employees

Liu Jingkang said that when the company was founded in 2014, there were only two people at the beginning. With the round of financing, the number of employees increased from seven, eight, ten, and ninety to more than two hundred. Correspondingly, the responsibilities of the team on their shoulders are getting heavier and heavier. As the company’s business scale is larger and more complex, the Liu Jingkang team spends more and more time, and the number of staying up late is increasing. It will be very late before the product goes on the market, and often there will be two or three nights a week.

The employee’s trust in him makes Liu Jingkang even more arrogant. “Entrepreneurship itself is a high-risk thing. If one day we fail to start a business, the most sorry thing is that our investors and employees, investors have invested money, The staff paid a lot of youth and sweat.”

Talking about the future, Liu Jingkang said that if all goes well, it can be handed over in 2020 and ready to go public on the domestic GEM. As the saying goes, expectation always overcomes hardships to achieve. Have experienced hard times, try without fear, in the future, we wait for the direction of Insta360.