“The best Android phone” one plus 7 pro Chinese version of the release, are you satisfied with the price?

Zhou Meng
In 2019, the competition of the Android flagship machine was fierce than the past. In the lasted few months, the flagship mobile phones of major mobile phone manufacturers such as Xiaomi 9, Samsung S10+, Huawei P30 Pro and Meizu 16s were released. However, these flagship machines have the unsatisfactory battery life, the boring screen design is not pleasing, the screen quality is generally and there is no shortage of super wide-angle lens, so that consumers have the reason to forgive buying.
On May 16th, the advent of another flagship machine in 2019 filled these defects. It was called “the Android machine emperor without short board” by many digital enthusiasts, and it has won a lot of praise from netizens. It is what we have been waiting for for a long time. One plus 7 Pro. 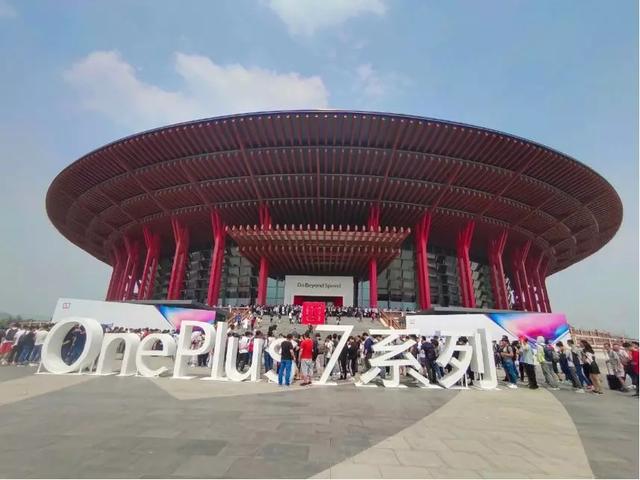 At this conference, we learned that the One Plus 7 Pro is powered by a lower power Snapdragon 855 processor, with a built-in 4000 mAh battery, plus a hydrogenated Android native operating system. It further enhances the battery life of the mobile phone, and can fully guarantee that the mobile phone still has power in all day, and it is a reality to travel with worry.
At the same time, it also has the Warp flash charge 30 function, the official said that it is very easy to play while charging, 20 minutes full speed charge 50% power.

The screen is more complete and the quality is higher

One plus 7 Pro is particularly dedicated on the screen. First, the founder Pete said that this screen is a Samsung custom amoled screen that was built by 100 million yuan. It can be said that it cost much, and it has been rated that one of the best mobile phone screens by DisplayMate, a well-known screen evaluation agency in the United States, and received the agency’s most advanced A+ level certification. 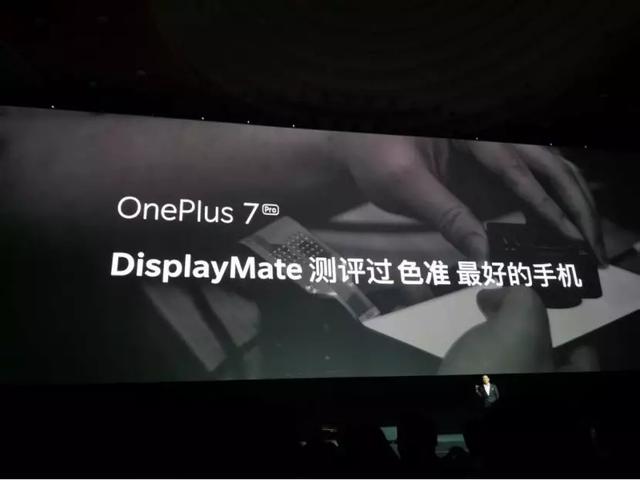 2K HD, 90Hz high refresh rate, 6.67 inches, each vocabulary is telling the importance of one plus screen upgrade, and there is applause for this screen from time to time in the scene.

Secondly, because front-facing camera adopt the pop-up design, the front of the phone screen achieved 93.22% of the ultra-high screen ratio, surpassing the OPPO FindX, the upper and lower borders narrowed to the extreme, whether it is used for taking pictures or watching videos and playing games will give users an unprecedented visual experience.
Finally, it uses the same curved surface design as like the Huawei P30 Pro, but it is optimized on the dimming. It is better than the Huawei mobile phone for eye protection. It is also very convenient to operate. Just find the “Settings” in the phone, then open it. The “DC dimming” in “One Plus Lab” can be completed. When talking about this, Pete emphasized: “The screen is the most human-touch interface that users have the most contact every day and feels the most direct. A good screen is crucial to creating the best user experience.”

Compared with Meizu 16s, its super wide angle is better

The Meizu 16s just released has been working hard in the direction of the “bucket machine”, and it is also the highest evaluation in the special. But the downside is that there is one super wide-angle lens missing, because Jack Wong thinks anti-shake is more important.
One plus 7 Pro enhances the camera’s anti-shake performance, and this year’s camera level has been further improved. It uses a rear three-camera combination, in which the main camera uses the Sony IMX586 sensor, supports OIS optical image stabilization, and uses an exclusive custom 7P lens module with f/1.6 large aperture. The secondary camera is 16 million pixels. 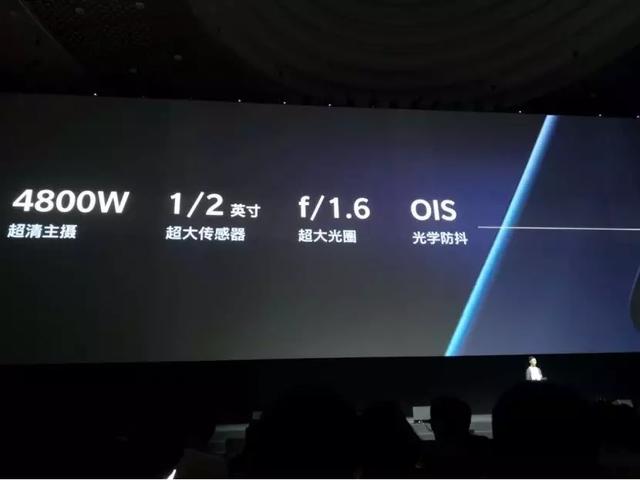 There is also an 8 megapixel sub-photographer that supports 3x optical zoom and 10x digital zoom, as well as OIS optical image stabilization. One plus 7 Pro new upgraded night scene mode 2.0 faster focusing speed, night scene color true, detailed well; portrait mode can accurately identify the subject, the background blur is soft and natural.
Recently, the British media wired released some proofs and found that the diagonal speed is very fast when shooting the F1 racing car. The noise is also controlled ideally in the dark light. The foreground building details are properly preserved when the photo is photographed, and the color reproduction is perfect. 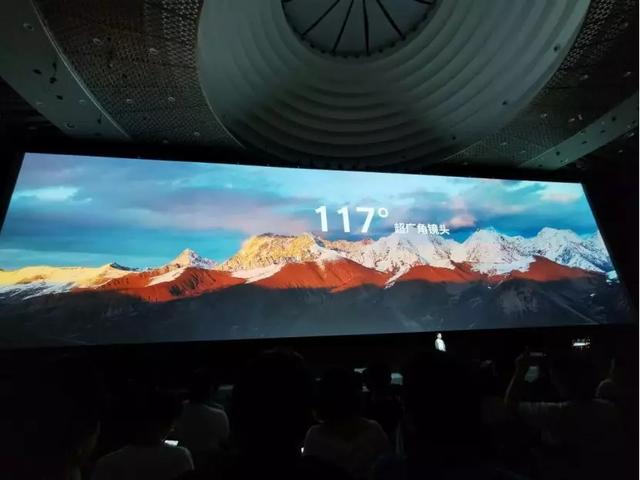 Super wide angle can bring us more space for vision. This time, One Plus can’t give up naturally. The existence of 117° wide-angle lens can undoubtedly give users a more interesting experience in taking pictures, increasing the field of view in situ, the same picture can set a wider view. A lot of fans feel that the wide-angle lens is better, and it is also one of the important factors for their purchase.
It is learned that the camera configuration of the One plus 7 Pro has reached the first echelon of the flagship machine, the rear camera’s scores for camera single item / video single item / comprehensive three items are respectively 118 / 98 / 111 points, the front camera is also 86 points. On the DXOMark,the total score reached 111 points, rank only third to Huawei P30 Pro and Samsung S10 5G version.

One plus 7 Pro these highlights can not be ignored

“Consumer Electronics” magazine reporter learned that this phone’s linear transverse motor is also the largest and most powerful of all Android phones. Haptic vibration motor will be the most obvious vibration in our typing and playing games. 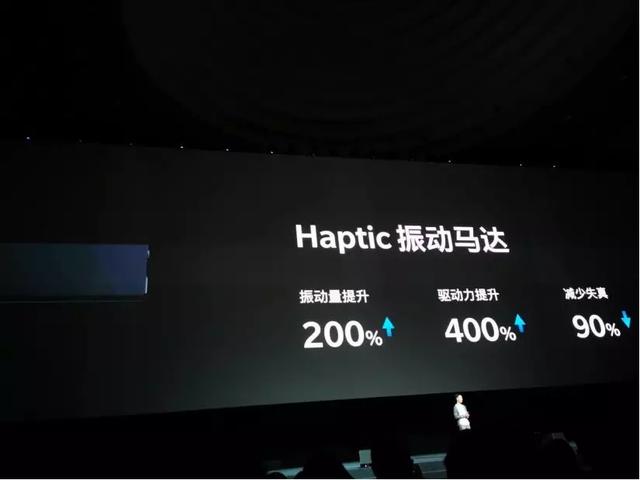 In addition, One plus 7 series is all equipped with UFS 3.0 flash memory, and it is also the world’s first large-volume UFS 3.0 mobile phone. Compared with UFS2.1 of most mobile phones this year, UFS 3.0 flash memory can double its speed, even surpassing the speed of NVMe flash memory specifications on Apple phones, and is very intimate for users who like to download games.
In the introduction of “Suit Mob 2.0”, it’s more highlights have been excavated, such as equipped with ultra-linear true dual speakers, support Dolby panoramic sound; also with a new ten-layer liquid cooling system to effectively control the body temperature To keep the phone running at high performance; in addition, the new Fnatic esports mode allows users to avoid irrelevant phone calls and information harassment, and the immersion of the game experience is stronger. 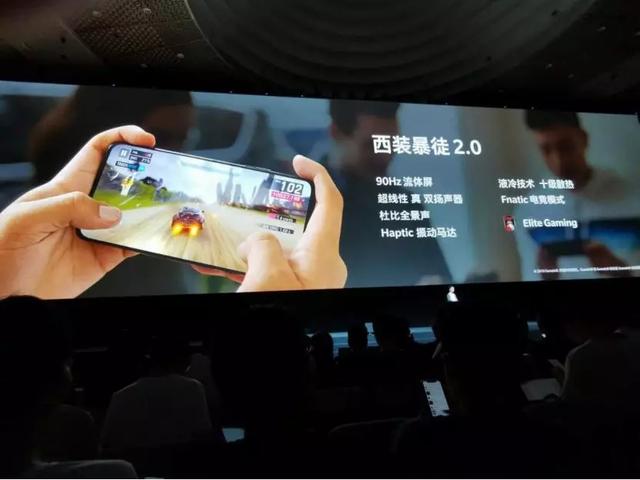 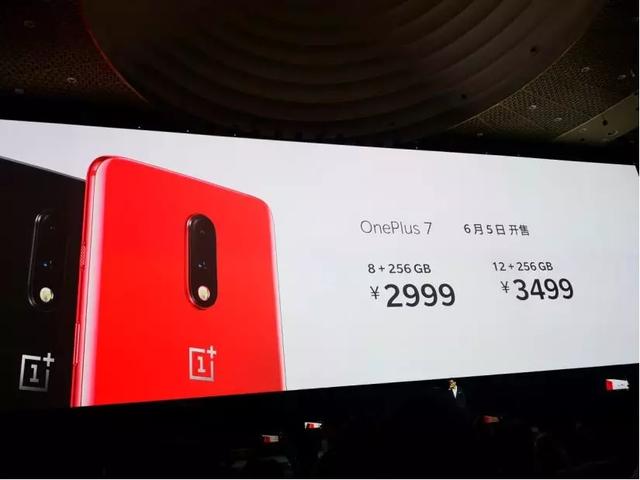