Take you to experience the world’s highest new technology（CES） 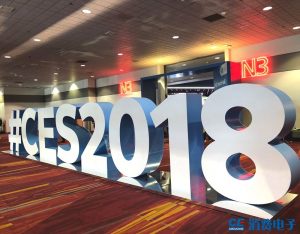 From 9th to 12th Feb. 2018,the 51th CES was holding in Las Vegas,America. It is one of the largest and the most attention Consumer electronics technology exhibition, CES gathers the best current consumer electronics manufacturers and core manufacturers every year ,Showcasing the most advanced technology concepts and products,Attract high-tech enthusiasts, users and industry audiences,and it shows the future development of the industry in the new year.

There is more than 20,000 new consumer electronics technology products in the CES , and it covers 13 technologies with far-reaching impact in the next 10 years , Artificial Intelligence , IoT,Blockchain,3D Printing,Mobile,Self-driving Car,Mobile Internet,Smart Robot,VR/AR, Wireless Charge,Quantum Computing,5G and Voice UI. The CES was over now, please follow us and see what new products were showed in the CES.