Another side of Gary Shapiro, President and CEO of the Consumer Electronics Association 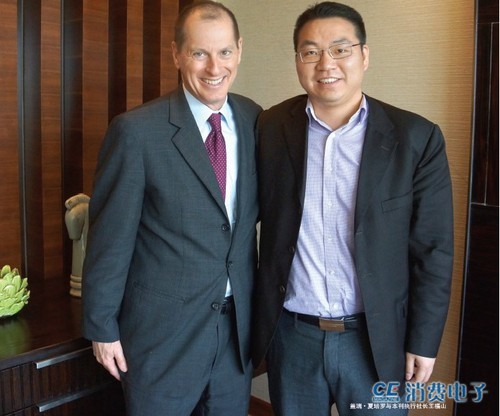 It was during the Las Vegas CES that I first met Gary at the evening party of global technical leaders, which was seemingly his personal talk show party, at which such a gifted student from the Georgetown University Law Center and Binghamton University of the State University of New York “ran ups and downs”, and the leaders of global consumer electronics enterprises were rocked with laughter. The party satisfied both the sponsors and the audience. Were Gary not in the consumer electronics industry, he could have been another “Larry King” (an American talk show star). At that time, I wanted to interview him. Regrettably, he was too busy to give an interview during CES. It was even said that the top leaders of a famous city, without any advance appointment, were unable to see him.

Finally, the moment came. On 8th April, 2014, Gary and his team members came to Shanghai to attend the CES Unveiled Press Conference, and reporters were also invited to attend. At the conference site in the morning, Gary acted as the chairman and showed his talk show gift again, his humor making the audience fall about laughing. During the press conference, Gary’s wily and watertight answers were like trying to scratch an itch on the outside of one’s boots. With the help of the interpersonal connections and the unique name of the journal – Consumer Electronics – I finally managed to get an exclusive interview after his second meeting, but I was only allowed to ask two questions because of his third meeting. As long as I make the most of such a chance, I thought, there should be no problem.

In my interview with Gary, I first expressed my gratitude for such a chance, then briefly introduced Consumer Electronics. Gary earnestly browsed through the latest issue that I had given him, and praised the cover star MoMo Wu. Knowing the value of time, I immediately asked my first question: “What are your future plans in China?” After thinking deeply, Gary said, “We have many good friends and partners, including the China Electronics Chamber of Commerce. We’re considering ways to cooperate with partners on holding several activities in China. Shanghai CES Unveiled is one of our global activities. The result of such an activity will be to evaluate our future activities in China.” I wanted to know if CES would establish a branch in China. This question was our major concern. However, Gary kept me in suspense. I had to come straight to the point: “Will CES establish a branch in China?” Gary indicated that he had already answered this question. Gary is a real “old fox”! It seemed impossible for him to drop a word. I at once asked my next question, and stressed that this was my second question, but Gary said with a smile that it was the third. Regardless of his initial appearance of reticence, I would have a chance to ask more questions.

More than a quarter of CES’s 3,200 exhibitors are from China. This is why Gary stresses China, and why Chinese enterprises are paying close attention to a possible branch of CES in China. Although Chinese enterprises pay a high price for CES in Las Vegas each year, not every enterprise can reach or exceed expectations. This reporter has heard some complaints from some Shenzhen exhibitors in CES’s LVH exhibition area this year. On this point, I asked, “What are your suggestions for the Chinese enterprises participating in CES every year?” Apparently, Gary is aware of this problem, and he gave his earnest answer, “For Chinese exhibitors, adequate preparations will enhance the exhibition effect. They should set goals for CES and strive to realize them, and they should also make full use of the free or low-cost opportunities and tools provided by CES to invite professionals from the audience to their booths. They should make an exhibition plan according to their specific goals.

“They should make good plans in advance for their arrangement for the exhibition and the design of their booths, and they should dispatch several employees to interact with the audience on the site. The on-site employees should be trained prior to the exhibition to enable them to communicate with the customers in an outgoing and amiable way. The success of the exhibitors depends on their products, as well as their plans, the ways they exhibit their products and the professionalism of their on-site staff. ”

Predictions for the Consumer Electronics Industry in the Next Five Years

Gary is an expert of innovation, and has written two books on the subject. When a reporter asked him some questions about innovation, he joked that he could talk about innovation for the whole day. On the theme of “New Technologies for Changing the Future” presided over by Gary, he asked the guests about their predictions for the new technologies and new trends in the consumer electronics industry in the next five years. The guests included Director of Connection Services in the Asian-Pacific, African and European Regions of the Ford Motor Company Joseph C. Beiser, Managing Director of Intel (China) Ltd. HUANG Jie, Senior Deputy President of Global Sales and Greater China Region President of Broadcom Corp. Dr. LI Tingwei, and General Manager of the Mobile Phone Products Strategic Development Department of ZTE Dr. LYV Qianhao. I had a chance to ask him about his own predictions for the next five years. Gary thought it over, then said cautiously, “Ultra high-definition television, robotics, 3D printing technology, wearable devices and all health and medical products will be successful in having far-reaching impacts on the whole consumer electronics industry. I believe that we’re accelerating R&D and the perfection of unmanned technology, which will make driving safer.”

Will Such Enterprises as Apple Arise Again? 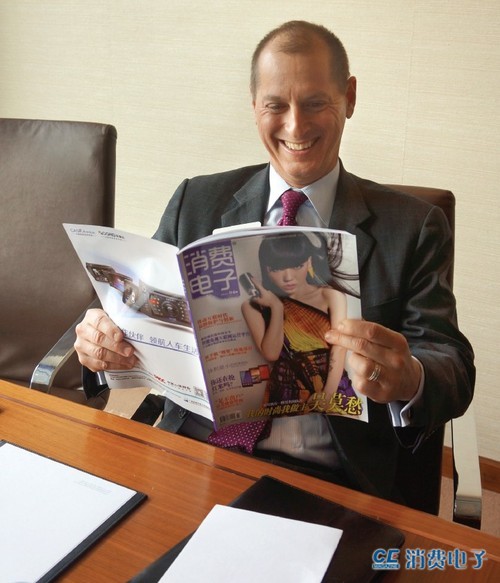 This was my last question. Gary counted 1, 2, 3, 4, 5 on his fingers in Chinese, and we both burst into laughter. Gary responded by asking me with a smile, “Do you mean there’s another Samsung?” Next, Gary changed the subject: “The all-powerful large enterprises that we currently see in the consumer electronics market will be practically replaced every other 20 years. Some emerging small enterprises, provided they have flexibility and innovation, will grow into big companies. This is a future development trend.”

Mr. Shapiro is leading the whole industry into the HDTV era. As one of the initiators, he has acted as President of the “American HDTV Model TV Station” and the major leader of the “Advanced Television Test Center”.

Mr. Shapiro is a board member of the Northern Virginia Technology Council and Economic Club of Washington. He also holds important posts in the U.S. Department of State International Communications and Information Policy Committee, and on the Board of Directors of George Mason University.

Mr. Shapiro leads more than 150 employees and thousands of industrial volunteers, and has testified in United States congressional hearings on the technical and commercial sectors more than 20 times. Up to and including 2012, he has been honored as one of the 100 most influential figures in the Washington Region by the Washington Life Magazine many times.

Mr. Shapiro has written and published two books: Ninja Innovation: The Ten Killer Strategies of the World’s Most Successful Businesses and The Comeback: How Innovation Will Restore the American Dream.

About the International CES®

The Consumer Electronics Association (CEA) is a famous American industry association with a value of USD 203 billion, which has long been committed to promoting the development of the American consumer electronics industry. More than 2,000 companies enjoy the benefits of CEA, including legislative defense, market survey, technical training and education, industrial promotion and the facilitation of business and strategic relations. The International CES®, the stage of global innovative products, is sponsored and managed by CEA. The profits of CES are invested into CEA to support industrial development.