The 《CE MAGAZINE》 evaluation room got ：Huawei “full-screen” laptop. The laptop, which officially goes on sale on December 25, 2018, is positioned as a light, thin laptop with a high performance. We got the top-of-the-line version，The i7 processor comes with 8GB of running internal storage capacity and 512GB of solid-state storage.Let’s see how does it manifest itself in daily life. 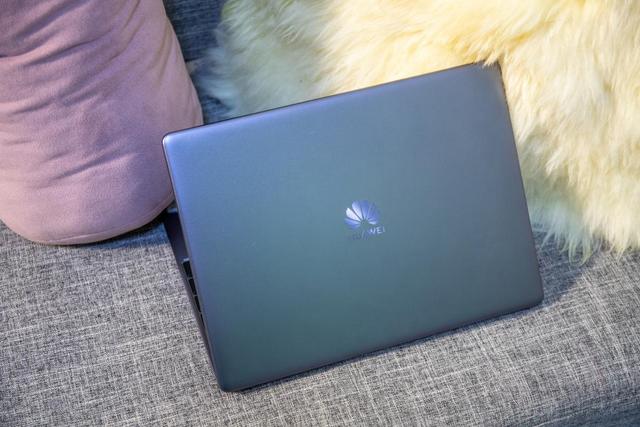 In terms of appearance, the Huawei’s MateBook 13  has a “deep space grey” color blendent, with a strong sense of integration and strong business atmosphere. The surface uses delicate pottery and porcelain gush arenaceous processing, it causes  all of its light reflections to have certain inferior matte effect, appear very deep，  also feel more “downy”. 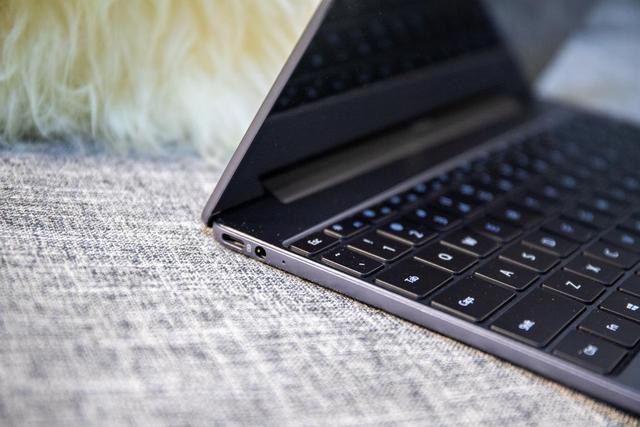 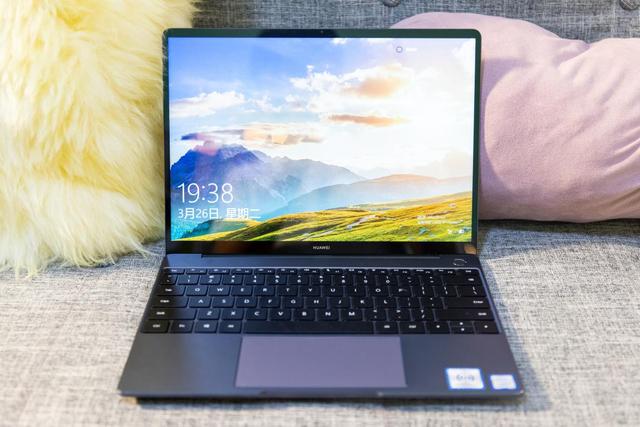 The Huawei’s MateBook 13 has a 2K resolution screen with 88% of the screen-to-body ratio and the left and right bezels are only 4.4mm. That’s a rare width for a laptop, and the visual impact is far greater than the official hype. 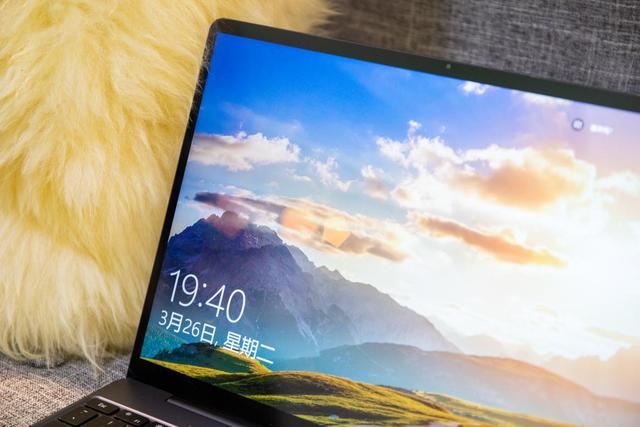 The screen has a resolution of 2160 1440, a 100% (sRGB standard) wide gamut, a display ratio of 3:2, and the highest brightness can reach 300 nm. To designer, the colour expression of this screen is absolutely enough , chromatic standard respect will be not any problem. 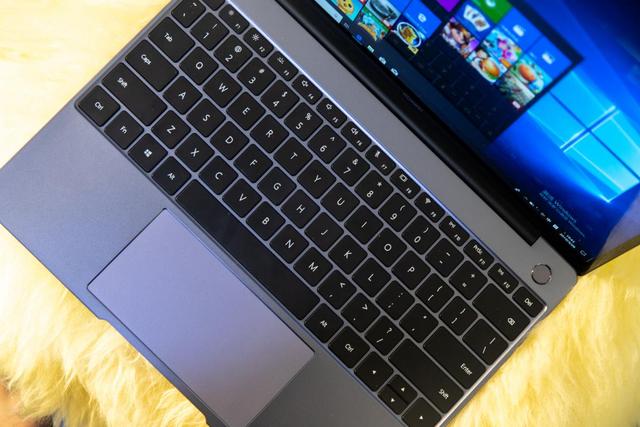 The keypad cap is large, touch feeling is gentle and doesn’t create much noise, and the length of the keypad is at the normal level of  notebook. In the upper right corner of the keyboard is the power button, which is also the fingerprint identification button. The touchpad is large and matte, with a moderate feel in the middle and a soft in the bottom. 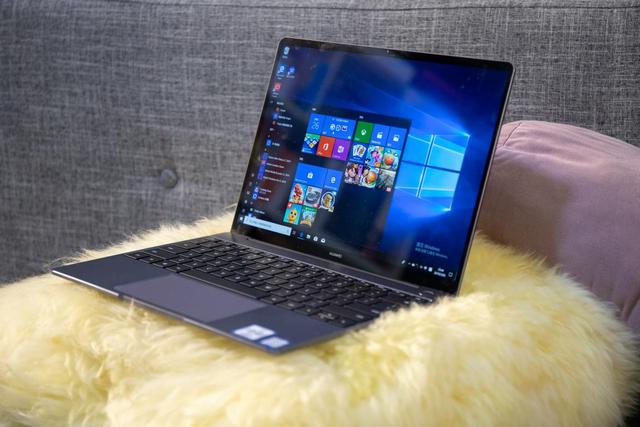 In terms of system, Huawei’s MateBook 13 runs the original Windows 10 operating system。The laptop comes with a 512GB solid-state drive that starts up in the blink of an eye.

Not only fast startup, application startup is also quite fast, You can do it almost instantly. For example, “WPS”, the most commonly used software in the evaluation room, can be started in about three seconds at a time. 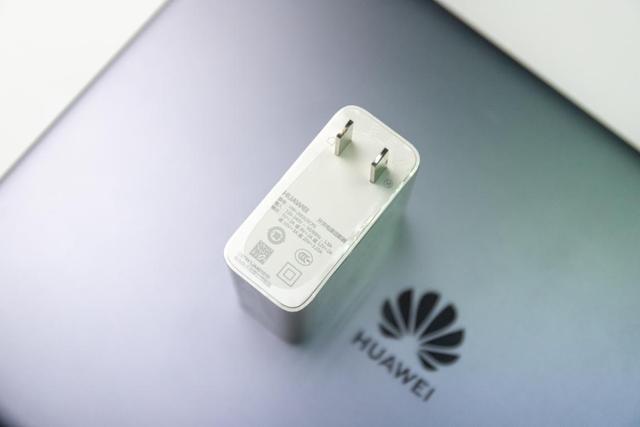 The Huawei’s MateBook 13’s charger comes with a maximum power of 65W and usb-c interface. The charger is small, nearly a little bigger than a phone charger, also light in weight. According to official tests, the charger and cable can also be used to charge the phone，and the highest power up to 18 watts. 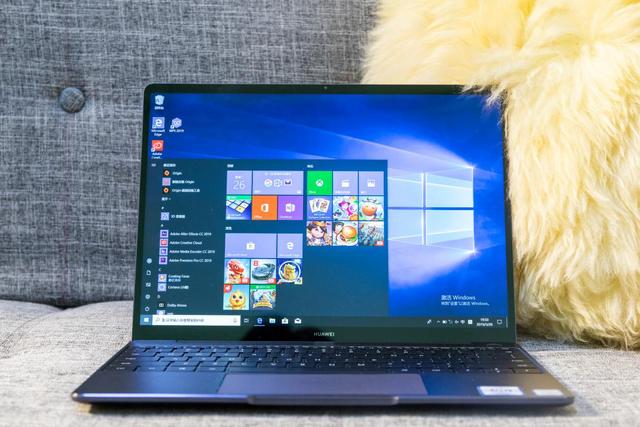 Huawei’s MateBook 13 is not positioned as an entertainment laptop, but as a lightweight office device.In the process of our experience, document processing and image processing are fully competent.And the fuselage didn’t generate much heat from start to finish. 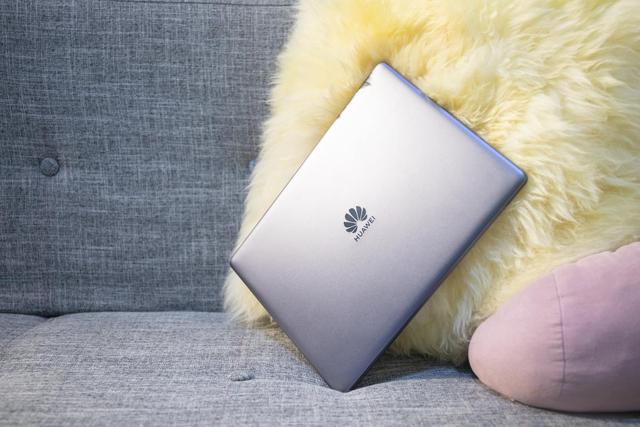 For writers,users are more willing to take it out more often because the Huawei MateBook 13 is so small in size and weight. The Huawei MateBook 13 has bigger keys and is less prone to press errors than most of the lighter, thinner laptops on the market. The battery life is also robust, and the charger is usb-c, which means it can also be used to charge the phone.

The Huawei MateBook 13 is smaller and lighter than other 13-inch laptops，these all thanks to its ultra-narrow bezel. And the positioning of their own very clear, is to do a light thin notebook, A laptop that people are willing to take out and carry around.

After all,the text editing of this evaluation is completed on Huawei MateBoox 13.