My goodness!8K TV amazed me a lot!

As we expected,TV manufacturers are showing 8K TV to us in CES2019. From 720P resolution to 1080P, and then to 4K, TV manufacturers’ 4K products bring us too many dazzling visual enjoyments. Now, 8K (7680×4320) TVs are available, the number of screen pixels is 33177600 which is in four times of visual gap awaking people’s new view of world!

The second generation of α9 processor: In order to improve the picture quality and sound effect, it use the artificial intelligence algorithm based on deep learning, which has stronger computing power, also can effectively reduce the noise in the picture and bring more realistic 8K pictures.

The LG 88-inch 8K OLED TV which was previously glamorous at IFA (Berlin International Consumer Electronics Show) also appeared at this year’s CES show, which was the world’s first largest 8K OLED TV , with 88 inches. large size, 7680 × 4320 resolution, close to a little look, the characters in the picture and the details of the floor windows can be seen clearly.

As a local brand in Europe, VESTEL has always followed the “back to the roots” route. These TV products are not seen in China at all, but it’s product strength cannot be ignored. CES2019, VESTEL also launched i’ts own 8K product, the TV size is 65 inches, ultra-narrow bezel, the resolution is also 8K ultra-high definition.

In addition to the 8K TV products, Samsung also introduced a product with modular Micro LED display technology at the experience conference. One of them isThe Wall display, with an amazing size of 219 inches. The display consists of a separate self-illuminating Micro LED module that creates vibrant colors on the screen with tens of millions of red, green and blue inorganic miniaturized LED chips that can emit light on themselves, with a 219-inch TV size . It also electrify a live audience. 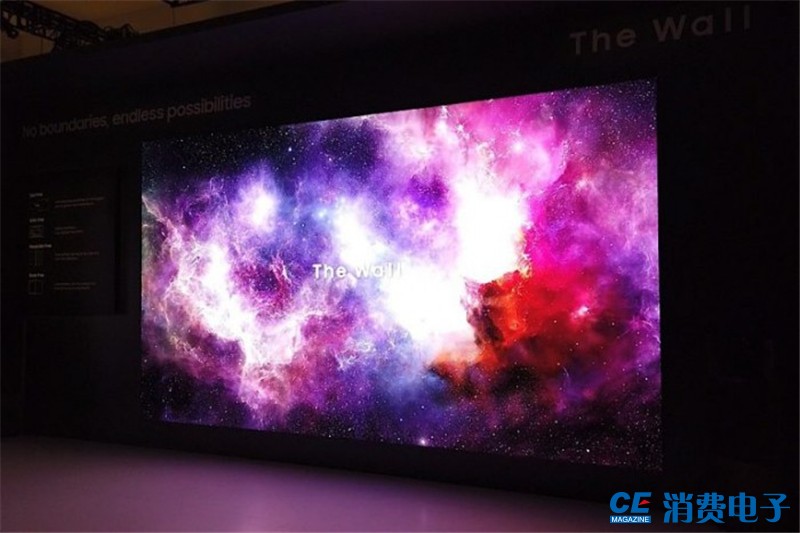 The 8K TV in CES2019 has the corresponding technology, but it is still not mature, it only have HDMI2.1 interface and related processor blessing. The traffic flow by an 8K video is huge.Next, content resources and transmission speed should keep up with the era.